Powderhounds and pot-heads... The absolute state of the Tory leadership contest 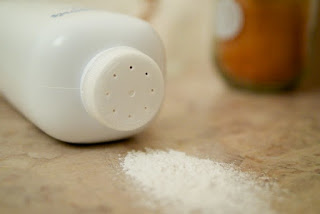 This weekend has seen a pathetic scramble among Conservative Party leadership contenders to 'fess up about their past drug use. Last month, Rory Stewart inadvertently kickstarted the Tory snort-off with a confession guaranteed to liven up the next Lonely Planet guide to Iran - he smoked opium at a wedding there 15 years ago, apparently out of politeness.

Then there was the obligatory statement of regret and of an awakening when he saw the damage the opium trade does to communities in that part of the world.

It would have been a mildly amusing footnote to a leadership campaign dripping with lies, false promises, Brexit unicorn fantasies, mindless bumper sticker soundbites and general self-serving omnibollocks, if it wasn't for the Daily Mail interviewing Michael Gove and leading with his confession about taking cocaine 20 years ago as a "young journalist", a mere spring chicken ingenue aged 31.

Then we had Jeremy Hunt trying to out-Stewart Stewart with his gap yah confession of gulping down cannabis lassi while backpacking in India, Andrea Leadsom sticking her head over the powdery, potty parapet with a tedious admission of smoking a joint while a student, and Sajid Javid boldly stating that he has only ever smoked cigarettes. A ridiculous claim of Boris Johnson's from a 2005 episode of Have I Got News For You reappeared this week in multiple news reports - he said he tried to take cocaine but sneezed. Jesus Christ, even when Johnson is not actively seeking attention, it is handed to him anyway.

Johnson's story is the snot-stained equivalent of Bill Clinton trying marijuana without inhaling. It's totally on brand for him. It's perfect for his completely contrived, lovable buffoon persona. Oh, what japes! BoJo is such a silly duffer, he gets stuck on a zipwire, his moobs jiggle hilariously when he goes for a jog, his hair is a fright and, golly, he got all sneezy when he tried to snort a line! It's yet another distraction from the many, many reasons why Johnson, a principle vacuum with the ethics of a wasp at a picnic, should not be an MP, let alone PM.

They all regret their drug use, of course. None of them would dare admit that it might have been fun. And nobody is going to compare the impact of illegal drugs to the impact of the legal, but frequently socially, mentally and physically destructive drug that is alcohol.

This sorry snowstorm wouldn't really matter too much except that none of them have used this line, so to speak, to announce that under their premiership, the country can look forward to a new, innovative approach to drug laws. Nobody is going to promise harm minimisation polices, broader decriminalisation, a public health approach rather than a punitive approach to drug use, or call for an end to prison terms for minor drug offences.

It's a cynical tightrope act for the candidates. They are trying to appeal to the wider community and to the Conservative Party members who will choose the next leader and therefore the next Prime Minister, despite the party membership being a group that in no way resembles modern Britain. Hurrah for democracy!

Once upon a time, these confessions of illegal drug use would spell the end of a political career but we are living in absurd times - Claire Fox has been elected an MEP for the Brexit Party despite appalling views on child pornography and jihadi videos that, even a decade ago, would have ended her political career before it started.

The drug confessions are a calculated risk - will enough Tory party members be unbothered when it comes time to make their selection, and will enough people who might vote Tory find the whole thing to be a massive wheeze rather than an exercise in self-interested hypocrisy with nothing constructive promised as an outcome? Overall, the whole brouhaha has been viewed as a bit of a laugh rather than evidence of how terrible the candidates are, of how little they would actually do about ensuring drug laws are sensible and evidence-based rather than populist kneejerk reactions to play to their crowd.

The reality is that it's much easier for these white, privileged people to admit to drug use than it is for poor people or people from ethnic minorities. These are the people who end up in jail for low level drug offences way more often than people like Gove, Stewart, Hunt, Johnson and Leadsom. Indeed, Gove was predictably mealy-mouthed this morning when Andrew Marr asked him if he should have gone to jail for taking cocaine, and about the obvious hypocrisy of being responsible for tightened drug laws despite his own experiences.

In the end, these pitiful confessions probably won't harm the chances of any of the candidates, but they are not the start of the Conservative Party developing drug policies that will do any good either.

Photography by Austin Kirk/Flickr
Posted by Georgia Lewis at 09:04