The curious tale of Alexandra Pepper 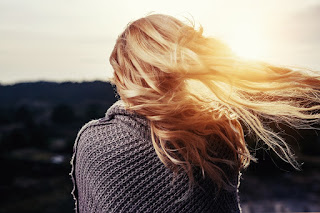 Alexandra Pepper has led a charmed life of immense privilege. She was born into a large, lively, wealthy family and never really wanted for anything. Academically, she was bright and won a scholarship to study at Badminton School - not that her parents would have struggled to pay the fees - but it was nice to have her intelligence recognised.

School was fairly easy for Alexandra, although her report cards reveal someone who was easily bored and not gracious in defeat during games. She didn't need to study too hard and it was no real surprise that she sailed her way into Cambridge.

It soon became clear that Alexandra was able to get through life easily and breezily. She was never the prettiest girl in school, a bit scruffy even, and she was never going to be a revered beauty but that didn't matter - when you're wealthy, white and privileged, a modicum of charm, charisma and humour makes you attractive, magnetic. You grow up to be the kind of young woman who is frequently described by posh people as "good fun". Yes, that's it. She was jolly good fun, our Alex.

Never short of a boyfriend or two, university was mostly a boozy hoot for Alexandra. When you are the privileged life of the party, when you don't have to hit the books that hard to pass exams, when your essays are dazzlingly verbose, it's easy to become entitled and a bit lazy.

But would this mean the wheels would fall off for Alexandra any time soon? Probably not. When you're a cheeky lass from a "good" family, whatever that means, it's astounding what you can get away with.

After she graduated, Alexandra fancied herself as a journalist. She didn't particularly want to bother with the drudgery of learning shorthand or getting her NCTJ qualifications or how to type without turning her fingers into confused, pudgy pretzels. She assumed she'd just breeze into a job in publishing.

And, because journalism can be insanely nepotistic and all about who you know rather than what you can do, Alexandra slid into an entry-level job on a Vanity Fair-style magazine. You know the kind of magazine, don't you? It's stylish, it's slick, it has its serious side - and everyone wants to work there. And then you look at some of the people who do work there and wonder how the hell they got there, like the proverbial turtle on a post.

Of course, entitled little Alex didn't really want to bother with the mundane bollocks that most graduates have to do when they start out in the media. It was a bit of a shock to the system to discover that her first job would not be as editor, or doing glamorous things such as presiding over photo shoots for the cover with the likes of Meryl Streep, who was starring in The French Lieutenant's Woman at the time. She enjoyed the magazine parties, of course. Who wouldn't? But when it came to making the coffee, doing research tasks for senior writers, or returning soiled clothes from fashion shoots to PR companies, that wasn't really her thing.

But did I mention she was fun and charming and charismatic? And connected. She was bored but convinced the editor that she could interview a few up and coming British artists. Or maybe an aristocratic BAFTA winner... These stories would be a piece of piss for her, a chat with the kind of people she hung out with on weekends.

Before long, she was getting bylines on proper features. With her lack of shorthand, attention span of a kitten and low boredom threshold, her interview subjects weren't necessarily quoted accurately. Hell, if Alexandra found them to be truly dull, she'd throw in a few fake facts for her own childish amusement. There are still people who think a certain famous actress has a collection of terrifying china poodles in her bathroom and the handsome lead singer of a band that was big in the '80s had appalling acid reflux.

Pulling these sorts of stunts would see most people fired on the spot, never to work in the media again, but Alexandra got away with her slapdash journalism for more than a decade. Sure, she was sacked once or twice, but she was the cute, goofy cat who always landed on her feet. She was such a laugh, her opinion pieces were hilarious apparently, even when they were full of or evidence-free assertions and awful views, particularly on the vulnerable. And opinion writers often get away with playing fast and loose with the truth - after all, it's an opinion, not a news report. Accuracy, schmaccuracy!

But what of Alexandra's personal life while all this was going on? She had plenty of fun at university and good for her. Like many a well-heeled young woman though, she "settled down" when she was 23, marrying a lovely young man she met at Cambridge. He had always been the backburner boyfriend and her parents were relieved when she looked suitably virginal in a lace-festooned '80s wedding dress for the ceremony in a village church not far from her parents' estate. It surprised nobody from her university days that marriage wasn't really a great fit for Alexandra. Her first husband's joy at discovering he was going to be a father was soured when she left him for the man who actually got her pregnant and promptly made him her second husband, albeit with a much quieter wedding.

Alexandra discovered that she was rather good at getting pregnant and proceeded to have four more children with her second husband, except one of them was actually the daughter of an art gallery owner - there was always talk in her social circles about the girl who was born nine months after rumours swirled around about Alexandra's sudden passion for arts funding.

Arts funding? Oh yes, by now, Alexandra was a Conservative MP, parachuted into a safe seat, after enough time had elapsed for people to forget about the scandalous end of her first marriage. It was all part of an Alexandra rebrand - she was able to charm the local Conservative association by presenting herself as a respectable, if a tad eccentric, barrister's wife and devoted mother who passed the time by writing Sloaney moany newspaper columns about assorted rich person woes. As a politician, she was very careful to vote with the Tories on any policy that would shrink state responsibility for the sick, the poor and the disabled - but she was able to appeal to people outside her world by flying the flag for causes such as the arts and animal rights.

And then it all came out. The whispers became howls about the true parentage of one of her three daughters. Then new rumours popped up about another affair, another two cuckolding pregnancies and this time, two abortions rather than giving birth to her sixth and seventh children by a third man. Alexandra's contrived persona fell to pieces. She was not able to charm and lie and deny her way out of this one. She was an ambitious MP, she was being touted as a future cabinet minister, maybe even Britain's second love-her-or-loathe-her charismatic female prime minister - but instead she was asked to resign from parliament. She had lied to her leader about her affairs. That was the end of her political career and her second marriage.

Sure, post-politics, Alexandra was going to be fine, at least economically - her family would look after her, she'd blag her way into some media work, as she left politics she was throwing herself into the era of the troll for hire, there would be a market for her terrible opinions.

But no woman in politics could survive the quadruple scandal of two affairs, a child as the result of one affair and abortions as the result of the other. And the stench that would surround this woman would be even worse if she was from a working class background or an ethnic minority.

But if you're a wealthy, privileged man with an equivalent track record to the fictional Alexandra's, both personally and professionally, your political career would be fine. If you managed to carefully cultivate an image of being a figure of fun, a scruffy eccentric chap, you could get away with saying all manner of hateful, horrible tripe and it would be brushed aside as bantz. You'd go on to do something high-profile, such as mayor of a major city, your multiple screw-ups and disgraceful wastage of public funds in that role would be overlooked, you'd blag your way back into another safe seat in parliament, you'd be bestowed one of the great offices of state, you'd find multiple ways to bugger up that job to the detriment of the country's international reputation and put a woman's life in peril in an Iranian prison.

And then you'd be the favourite to be the next prime minister.

Because it's still different for wealthy, privileged men.