What's a remainiac to do? 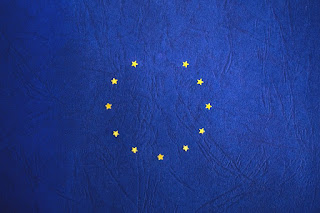 At the time of writing, the dreadful but effective Brexit Party was polling at  around 31%, incoherent Labour at 23%, resurgent Lib Dems at 16%, hapless Tories at 9%, the possible-surprise-package Greens at 9%, the dismal Change UK at 4% and the busted flush that is UKIP a puny 2%.

So, we have with Brexit and UKIP, two definite, unambiguous we-want-Brexit at all costs taking up 33% of the votes.

The other 67% features the unambiguous pro-remain/pro-people's vote/pro-revoke Article 50 parties at 29%. But here's the bit that's harder to quantify - who is pro-remain among those who still plan to vote for one of two increasingly pathetic major parties?

Among the 23% for Labour, there is a strong pro-remain component - there are still plenty of people, and not just Labour MEPs, who are pushing the line that a vote for Labour is a vote for a second vote and the best way to quell the charge of the Brexit Party in Brussels. And there are pro-remain Conservatives who may well be resigned to the fact that Theresa May's Brexit deal is as good as it will get for the UK outside the EU, but would open a quiet bottle of champagne if this whole Brexit shit-show was called off.

Those who are pro-remain probably add up to quite a bit more than the 33% Brexit/UKIP conglomerate. A Survation poll from May 17 revealed 51% support for remaining in the EU. This same poll found 68% of Labour voters and 47% of Conservative voters support remaining.

Obviously, we all know we can't put blind faith in polls but with around 67% of voters apparently not interested in either of the hardline Brexit parties, it would appear there is no appetite for a hard Brexit and possibly a diminishing appetite for any Brexit at all.

Thursday's European election will, most likely, be a protest vote for most people. If we leave the EU, as planned, on the new deadline of October 31, our latest batch of MEPs will only represent us for a few months. But for almost all of us, whether we're remainers or leavers, Thursday's vote is a chance for us to be heard. There is a lot of impotent rage right now. It has to come out somewhere and I'd rather it came out in the ballot box than on in riots on the streets.

For pro-remain voters - and I make no secret of being one of these people - it's a frustrating time. We don't want to see Nigel Farage emboldened any more. We look at him and his diabolical collection of candidates in utter despair. Ann Widdecombe hates women so much that she changed religion when the Church of England started ordaining us as vicars and, despite professing to be a Christian, she has no issue with pregnant women giving birth in shackles. Claire Fox takes a deliberately contrarian view on child pornography which is so awful that it's unclear whether she genuinely believes children would not be traumatised if they had to participate in simulated sex for the purposes of gratifying absolute sickos or she is just trolling for attention. Annunziata Rees-Mogg has had a long career writing articles about how to get rich off other people's misery. Lucy Harris has cheerfully said we'll just have to deal with 30 years of economic hardship as a price worth paying for Brexit.

To these awful charlatans, along with Boris Johnson and Jacob Rees-Mogg, Brexit hardships and job losses are for the little people. If you genuinely believe any of these people give a damn about you, I have a box of fishnet condoms in the boot of my car to sell you.

But it's too easy for me to sit here and slag off these people. I could sit her all night pulling them apart forensically but it's not going to make a difference. It won't change minds. It won't win hearts. If anything, every time a milkshake is thrown, it strengthens the resolve of the "LEAVE MEANS LEAVE!" crowd.

My fellow remainers and I should be pushing a positive case for remaining in the EU. This should have been the case back in 2016. There are so many benefits we will lose, many of which have not occurred to most people, particularly in the event of a disastrous no-deal Brexit.

International Development Secretary Rory Stewart was seen the other day quite rightly pointing out that a no-deal Brexit is not a destination -  it is stunning that he is not seen as a more serious leadership contender than Boris bloody Johnson among Tory members, but I digress. A no-deal crash-out is a starting point for a long, onerous process of negotiating with the EU, and with the rest of the world without the support of the EU. The inevitable outcome will be a deal with the EU that is not much different to Theresa May's deal, only it will leave the UK in an even weaker position. It will probably break up the UK.

A no deal Brexit is not a lark. It is not something to be flippant about. We will be the only country in the world trading under WTO rules for God-knows-how-long now that Mauritania is no longer solely trading this way. Surprise, surprise, this is because Mauritania is seeking to trade freely and closely with geographical neighbours in northern and western Africa and as part of the ever-closer African Union. Mauritania's example reflects a positive case for being part of close economic and free trade unions with the countries closest to your shores.

But none of this is being distilled by one pro-remain party that remainers can all galvanise around. Instead, our votes will be cast in different directions - there is certainly a strong groundswell of support for the Liberal Democrats, whether those who are voting yellow with a clothes peg on their nose or they are simply energised by the #BollocksToBrexit slogan. And I predict the Greens will do better than expected on Thursday.

As for Change UK, it has scooped up plenty of smart people who have, it now appears, thrown their political careers on a bonfire. It's a shame - it could have been so good. There was a frisson of hope and energy when people started defecting from the Labour and Conservative benches. A lot of we remainers really wanted it to be good - like a new Amy Pohler movie. But it has not been good. Not even the logo is good. The black lines on a white background look like a flag to wave while opposing gay rights, which I am guessing is not the vibe they were going for. And the message about changing politics has been swept up in a tidal wave of critics yelling that the party is all about preserving the status quo rather than changing a damn thing.

That's the problem with pro-remain messaging. Few of us think the EU is perfect but we do believe the benefits are still immense, that we should stay in, retain our influence in the world, play our role in reforming the EU where required, emphasising how we are made stronger by the four freedoms, and not see a diminished UK make desperate trade deals with the US, Russia and China. It's just that it's bloody hard to encapsulate this complex and nuanced message on a bumper sticker, bus or billboard.

On the other side of the fence, the simple soundbites such as "take back control", "leave means leave, "let's go WTO" and "no deal, no problem" have cut though the noise. And remainers, all of us, may have left it too late to fight back with better arguments, with positivity and at the ballot box.