The real purpose of royal weddings 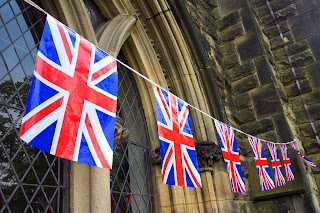 Now the bunting has come down and the prosecco bottles are consigned to the recycling, it has become abundantly clear what royal weddings are for - they are a national (and international...) form of catharsis, a global opportunity to be as rude as we wish we could be at actual weddings.

Let's be honest - only the truly saintly among us have never snarked at a wedding. Whether it's speculating from behind an order of service about how long the marriage might last, telling a bride she looks beautiful when you secretly think the dress looks like a feral shower curtain, or judging the choice of a Celine Dion track for the first dance, we've all been there. Sometimes snarkers aren't even subtle - I was told I was "brave" for not wearing a white dress, as if getting married in silver and black was heroism on par with rescuing orphans from a burning building.

But when it's a royal wedding, on telly for all of us to see, we let loose. The white lies and good manners that lubricate the wheels of polite society dry up. This is not new, despite social media.

When Charles and Di got married back in 1981, Princess Anne's omelette-like hat and the crush-fest of a wedding dress attracted much low-tech snarking. Indeed, this was immortalised in Sue Townsend's The Secret Diary of Adrian Mole, Aged 13 3/4, with Adrian reporting that the princess wore a "dirty white dress". In the TV adaptation, Bert Baxter, the curmudgeonly OAP, said: "I know a wrinkle when I see one!" as everyone watched Diana enter St Paul's Cathedral looking like she was dressed in the handiwork of the Andrex puppy.

And with Twitter and Facebook, snarking went into overdrive as soon as the guests started arriving at St George's Chapel on Saturday. In between people expressing delight at the simple elegance of Meghan Markle's wedding dress, plenty declared they were bored by the dress, as if she got dressed solely for their entertainment, as if she owed the world a riot of sequins, itchy lace and a big old arse bow.

During the wedding service itself, collective pearls were clutched during the lively sermon given by the Reverend Michael Curry, the African-American primate and presiding bishop of the Episcopal Church. This was hilarious (such as the starched fart faces of certain people in the congregation) and a bit disturbing - an angry online mob of white people complaining that a black bishop is talking for too long is somewhat unseemly to witness. Of course, when I dared point this out on Twitter, a bunch of white people landed in my notifications to tell me I am racist and that they really didn't notice the bishop was black.

Apparently, 14 minutes of airtime was more than some people were prepared to deal with, even though it was the most entertaining and memorable part of the whole damn wedding.

The Venn diagram of people who have ever screeched "Britain is a Christian country!" and those who felt the need to complain about Reverend Curry going on a bit would probably overlap quite significantly. How many of these supposed defenders of the Church of England against threats, real or imaginary, regularly attend church?

Fourteen minutes is by no means an epic sermon, as anyone who goes to church can attest. The eminently forgettable sermon at William and Kate's wedding ran for about eight minutes but both wedding ceremonies lasted about an hour in total - the Book of Common Prayer marriage liturgy can be a wordy, time-consuming thing, especially when you add hymns to the mix. Give me a lively 14-minute sermon over a couple of dirgy seven-verse hymns pooped out of an arthritic pipe organ any day.

And here's the inconvenient truth for those who thought the reverend's sermon was too long or too over-the-top or both - if you are genuinely concerned for the survival of Christianity in the UK, you might want to congratulate black British people for doing their bit to keep churches open. The British Social Attitudes survey documented from 1983 to 2014 a steady decline for the Church of England and a slight decline for the Roman Catholic church but a substantial increase in "other churches", many of which are dominated by people of African and Caribbean heritage. Between 2001 and 2011, white Christians declined by 18%  in London whereas black Christian growth was at 32% over the same period. The growth in church attendance is fuelled by black and ethnic minorities, not white Brits.

And if that means lively sermons are getting bums on pews, anyone who has panicked about the decline of church attendance in Britain should celebrate these extra bums regardless of the colour of the cheeks.