The power of women after the Great Election Debacle of 2017 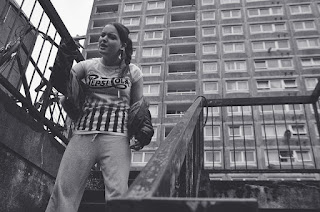 First, the good news for the women of Britain after a thoroughly astounding election - a record 208 women are now MPs. Being a woman should not be a barrier to being elected to public office or indeed to being Prime Minister, and women are getting elected, across all parties, because they are good, not merely because they are women.

Hell, the two most powerful politicians in the country today are women - Theresa May, the Prime Minister, and Arlene Foster, leader of the Democratic Unionist Party (DUP).

The two most powerful women in the country are terrible.

Theresa May is a principle-free flake with all the depth of a thimble, someone who merely impersonates a competent and moral leader, doing whatever she can to cling to power, even if it means throwing women under a bus to form a pastiche of a government with the DUP.

Arlene Foster cannot be accused of having no principles. It's just unfortunate that her principles include religious bigotry, homophobia, climate change denial, creationism and banning abortion, even in cases of rape and incest. It's Handmaid's Tale stuff made real.

In Northern Ireland, the 1967 Abortion Act has never applied. In 1945, the Infant Life (Preservation) Act, which allows abortions to save the life of the mother was extended to Northern Ireland, but abortions are not legal in cases of rape, incest or fatal foetal abnormality. Just as abortion is illegal in the Republic of Ireland, all that Northern Ireland abortion laws achieve is to move abortions to other parts of the UK for women who can afford to go private - or harm women who are forced to carry to term because they have no other choice.

On top of that, it is impossible to ignore the links between the DUP and the Ulster Defence Association, including Foster's personal connections with a group responsible for hundreds of deaths in Northern Ireland.

Today, on Radio 4, Owen Paterson, the Conservative MP and former Northern Ireland secretary was ominous. In an interview with Radio 4, he tried to allay fears of an attack on gay rights under a Tory-DUP deal but suggested that issues such as reducing the time limit on abortion could be up for debate.

No. Just no. I don't care if you think a bill restricting abortion access probably wouldn't pass. We simply should not be having this argument in 2017, 50 years after it should have ceased to be an argument and remained a matter for women and their doctors.

How dare Owen Paterson, someone who will never need an abortion, even put the issue on the table as a suggestion. Pro-choice women of Britain will fight this and fight it loudly.

There are still plenty of MPs outside of the DUP, including Jeremy Hunt, the Health Secretary, who are in favour of reducing the abortion time limit from 24 weeks. Frank Field, the Labour MP for Birkenhead, and Nadine Dorries, the Conservative MP for Mid-Bedfordshire, made an ill-fated attempt to restrict abortion access in 2011.

Theresa May should, if she claims to be a feminist, speak out today against using abortion rights as a bargaining chip to cling to power.

But she has not done that.

It is good to see that female politicians have spoken out already, including senior Conservatives. Anna Soubry, Sarah Wollaston, Baroness Sayeeda Warsi and Ruth Davidson have all made it clear that they are not pleased with Theresa May's direction of travel.

Ruth Davidson, the leader of the Scottish Conservatives, has received "assurances" from Theresa May that an alliance with the DUP will not erode LGBT rights. Given Theresa May called an election after saying she wouldn't call an election, and ran an election campaign riddled with reverse ferrets, her assurances are not worth a pinch of pelican poo.

Davidson has also used her position of considerable influence - Scottish Conservative voters helped scrape Theresa May over the line on Thursday - to tell the Prime Minister to move away from her hardline approach to Brexit. Interestingly, this is not too far removed from the DUP's calls to ensure a soft border remains between Northern Ireland and the Republic of Ireland post-Brexit and that Northern Ireland remains in the single market.

However, the DUP also campaigned in favour of leaving the EU, while 55.8% of voters in Northern Ireland voted to remain. The joyless, miserable, punitive DUP interpretation of God only knows what Arlene Foster and her cohorts were thinking when they campaigned for Brexit.

It does demonstrate that when people voted for Brexit, they did so with different ideas in their minds as to what a Britain outside the EU might look like.

And with Thursday's vote, I am pretty sure nobody, especially those who voted Conservative, voted with the thought of the possibility of an unsavoury alliance with the DUP foremost in their minds.

It is great to see women from all parties speaking out against Theresa May's desperation, incompetence and craven appeasement of the DUP. When May spoke in front of 10 Downing Street after the shock election results, she was arrogant, she lacked humility, and she was terrifyingly authoritarian.

In contrast, Ruth Davidson gave the speech the Prime Minister should have given - she was not arrogant in the face of a pyrrhic victory for the Tories. Nicola Sturgeon, the leader of the Scottish National Party, did not have a great election campaign or stellar results, but she also managed humility and reflection in her post-election speech.

If Theresa May survives this fiasco, it will be a political miracle. The likely outcome of her political demise is another man as Prime Minister. But after May replaced the ultimately catastrophic David Cameron, perhaps her big achievement is to demonstrate that a woman who is equally as incompetent as the man she replaced, can rise to the top of British politics.

Theresa May's rise and inevitable fall has not been a massive win for women. But the good news is that there are plenty of good women of all political stripes who will be bloody difficult for the right reasons.

Photography by Darren Johnson/IDJ Photography/Flickr
Posted by Georgia Lewis at 11:58