An open letter to The Agenda Beirut 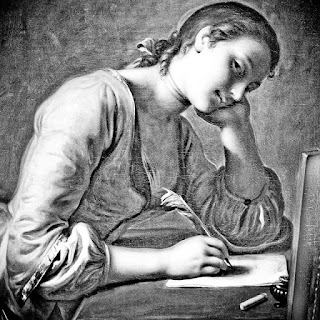 Dear members of staff of The Agenda Beirut,

This letter is directed in particular to senior management, for that is where the buck stops when an organisation says or does something stupid or unprofessional, and to one Issam T. Eid, who is responsible for writing, quite frankly, a sexist load of tripe.

I refer to Mr Eid's embarrassing attempt to promote his Automotive Journalism course. Here, Mr Eid rattles off the eight ways he can teach people to become automotive journalists.

Firstly, the writing is sloppy and there is a blatant disregard for paragraph spacing. This is somewhat ironic given that one of his tips is: "Even if you like what you wrote, have someone else read your articles". Did anyone else cast their eye over this tragic sales pitch before it was posted?

Then there is a spot of encouragement for race-to-the-bottom journalism with the advice: "Nowadays if you believe you're a good automotive journalist, you can write articles and post them online". The problem is that plenty of people with an internet connection believe they are good journalists and post reams of bullshit online.

Hell, I can believe I am Wonder Woman, but when I look in the mirror, I see more Helena Bonham Carter than Lynda Carter. Belief does not always translate into reality. It is one thing to motivate your students to believe they can achieve great things. It is quite another to urge anyone who "believes" they are a good journalist, automotive or otherwise, to fill the internet with unedited rubbish.

And then, at the end, perhaps most offensive and ridiculous of all is the advice under point #8. This is, apparently, the "life cycle of an automotive journalist (Pros vs. Cons)".

Mr Eid says "Everyone envies you for your fancy life as you're on the go all year long".

But I suspect basic etiquette will be conspicuous by its absence in Mr Eid's course.

And then he concludes his sales pitch for his course in the most startling and unprofessional way imaginable, with this gem:

"It affects your private life. No girlfriend will tolerate you being away most of the time. Wife. That's another bad story too."

Wow. Really? Given you are charging $450 for this course, I assume you are trying to make money, so why the hell would you include in your sales pitch a sexist load of bunkum that excludes half the population? Do you not want to make any money out of women who are interested in becoming automotive journalists? Or did you simply assume that no woman wants to bother her pretty little head with an automotive journalism course?

Do you have any evidence for wives and girlfriends of automotive journalists being unsupportive partners or is it easier to stereotype all women as nagging shrews who don't understand men and their big engines?

Sure, being a journalist, any sort of journalist, can be demanding on personal relationships. We are not necessarily brilliant marriage prospects. We can be grumpy, deadline-driven, obsessive and alcoholic. But there are plenty of jobs that impede on private lives. Doctors, emergency services workers, any job involving anti-social hours...

Is Mr Eid trying to give students a reality check with this advice? Or is it a lame attempt at boys' club comedy? Whatever the hell he was trying to do here, he just comes across as a sexist jerk rather than a professional from whom aspiring automotive journalists can learn great things.