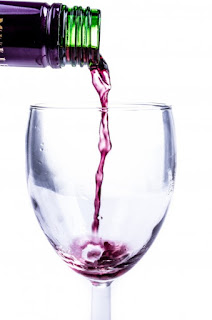 The date is set! June 23! David Cameron had no choice but to fulfil his election promise of an in-out EU referendum. I'm voting to stay in. There! I said it! It's liberating to come out!

Jeremy Corbyn's column on the referendum in the Guardian yesterday was largely sensible but it is the soundbites that ended up on the news that people will notice and these made him sound ungracious and not entirely convinced that we should stay in the EU. Corbyn's Euroscepticism is not exactly a state secret and this is already undermining his credibility in the campaign.

Labour MP for Exeter, Ben Bradshaw, however, did an excellent job on Sky News yesterday responding to Cameron's deal. It was pitch perfect, just the right mix of class and criticism, while still putting forward a clear and positive case for staying in the EU. He came across like a real leader.

The irony of the Vote Leave campaigners accusing anyone of scaremongering is laughable, given that Nigel Farage's entire schtick is based on fear of anything a bit different and a pathetic yearning for good old days that weren't actually that good at all. That'd be Nigel Farage who could actually do some good for Britain by bothering to turn up to debate on behalf of us all and attend votes once in a while as an MEP instead of just making his vague and pointless claim that he is our eyes and ears in Brussels. He is as much on the gravy train as any Eurocrat.

The Vote Leave campaign also has the dubious presence of Michael Gove, who was an utterly appalling Education Secretary. He wrote a 1,500-word diatribe about why he wants to leave the EU, which starts with five excruciating paragraphs about how his standpoint "pains" him, how he hates ever so much to disagree with David Cameron and is now probably worried about awkward dinner parties in years to come.

George Galloway is an awful pig of a man and a rape apologist so he's clearly a boon to the Vote Leave campaign.

Ian Duncan Smith, meanwhile, has imposed awful policy on the disabled people of Britain that is as cruel as it is economically illiterate, so it makes perfect sense that he wet his whistle by claiming we're more vulnerable to terrorism if we stay in the EU. Yeah. Because Daesh cares really deeply about EU membership when choosing its targets. And, in any case, it's not as if this government is in any rush to open the borders to refugees in any great numbers - and that is the group to which IDS was referring in his tantrum on the BBC today. Another case of the Tories trying to out-UKIP UKIP for political gain.

And speaking of political gain, Boris Johnson has only formulated his position on the EU based on what he thinks is best for Boris Johnson. If you have seriously formed your view based on what Boris Johnson says he will do, you are, with all due respect, a fucking idiot. Boris is egomaniacal enough to believe his position will have real sway with the electorate and he has taken an educated gamble by backing Vote Leave.

If Britain votes to leave the EU, that is the end of David Cameron's political career and Boris can stick his irritating head over the parapet as a candidate for the Conservative Party leadership. This is obviously his big dream here. And if we vote to stay, Boris can still claim to speak for large, Eurosceptical swathes of the electorate and he will get a nice job in the cabinet based on the notion that he will win UKIP voters back to the Tories.

Nothing Boris has done today has anything to do with what is good for the country or for wider notions of democracy. Nothing.

And then there are the Eurosceptical voices from the left. One of the main objections to staying in the EU is opposition to the Transatlantic Trade and Investment Partnership (TTIP). If passed in its current form, it is a free trade agreement that will open up UK government contracts to the US, not just the UK and EU, as is the case at the moment.

But to vote to leave the EU based on TTIP is to then trust the Conservative government to not just go ahead and sign their own free trade deal with the US, with even less safeguards than TTIP and negotiated without the might of other European nations behind us. Indeed, opposition to TTIP is growing across Europe, with Germany being a strong case in point. France, meanwhile, is making it very clear that they will not support the dispute resolution mechanisms of TTIP as things stand right now.

If TTIP loses the support of the two big economies Germany and France, the whole deal is on very shaky ground.

Like it or not, we have a Conservative government in place here until 2020. Do you seriously think a post-Brexit Conservative government will just forget the whole idea of a free trade agreement with the US or negotiate a deal that is in the interests of the people of Britain? After all, one of the big alleged selling points of Brexit is that the UK will be able to make free trade agreements with gay abandon. Nigel Farage loves to bang on about this with tedious frequency. (Never mind that we already trade with the rest of the world and our pandering to China and Saudi Arabia is truly embarrassing. That is another rant for another time...).

Similarly, to vote for Brexit because you hate David Cameron is pathetic, small-minded and intellectually bankrupt. I am no fan of David Cameron but I am not basing my EU referendum vote on this any more than I'd base my vote on what Boris Johnson says. As I just said, we have a Conservative government in place here until 2020. Yes, sure, Cameron will go if we leave the EU but there won't be a change in government. It'll be Prime Minister Johnson, May or Osborne. Yeah, voting to leave the EU really showed those Tories!

And then there is the wild card of Scotland. If the SNP can convince its voters to stay in, that is one huge voting bloc right there. Regardless of what Nicola Sturgeon's motives might be for staying in the EU, it was pretty clear during the Scottish independence referendum that many pro-independence voters were also convinced that an independent Scotland would easily waltz into the EU, a process that can take years. The SNP could skewer the Vote Leave campaign as effectively as it skewered Scottish Labour in last year's general election.

Honestly, on one hand, I say roll on, June 23, because Peak Idiocy cannot be too far away with this campaign. On the other hand, I say it's not enough time for people to get to grips with the issues surrounding such a huge decision.

Personally, I believe we are better off having a seat at the top table of such a huge trading bloc. Even if we leave, decisions will be made without us that will still affect us because we are part of the world. We can't just stop the world and get off, as much as tiny-minded isolationists want for that to happen. We are part of Europe and part of the world.

I believe we get more out of the EU than we put in. I know it can be cumbersome and overly bureaucratic but it needs to be reformed with the UK involved rather than watching from across the channel. Freedom of movement works both ways, which UKIP fans seem to forget. The implications for British expats across Europe will be enormous, the irony of UKIP having branches in Spain notwithstanding. There are medical research projects that UK universities will no longer be a part of, there will be EU funding for roads, for the arts, for infrastructure and so on that will be no more.

I do not want to see Britain become an insular little island, closed off to so many opportunities that we currently enjoy as part of the EU. It is because I love both Britain and Europe that I will vote to stay.