Douchebags dancing on the grave of the Independent 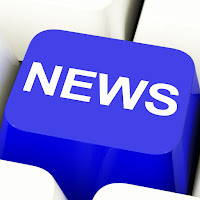 It was announced this week that the Independent will shut down its print edition next month and be the first daily newspaper in the UK to be 100% online.

Inevitably, there were cloth-eared dullards who celebrated this downsizing of the Indy's operations because it was all a bit too lefty for their liking. Yeah, because the newspaper landscape in Britain is currently dominated by extreme left-wing journalism and opinion pieces...

Up to 100 jobs are under threat. Again, assorted buffoons will be delighted at the prospect of journalists being out of work. Amol Rajan has been placed in the unenviable position as editor of the Indy of having to defend the move to 100% online and put a positive spin on it all in TV interviews.

But dancing on the grave of unemployed journalists and a defunct newspaper is a dick move. And I say this in regard to the demise of the printed Independent and the News of the World, even though these newspapers ended in very different circumstances.

Obviously, as a journalist myself I get no joy out of seeing fellow journalists lose their jobs, whether I liked the paper or not. Obviously, anything that makes the market harder for both staff jobs and freelance work potentially has an impact on me and my husband, who is also a journalist. That is my vested interest declared.

But on a wider level, when we end up with a smaller media, with a smaller number of journalists reporting the news, with a tighter circle of opinion columnists, with fewer sources of information, everyone loses. We lose diversity, we lose journalism that tells stories from multiple angles, from angles that might not have occurred to many, we have media outlets running on the smell of an oily rag, we have editors having to determine which story gets the airplay and which one doesn't, because of a lack of staff and resources.

And we are all to blame for this sorry state of affairs. All of us, myself included.

I am not about to declare myself Saint Georgia of the Printed Page. While my day job involves editing a magazine for the African market, where print is still king, as a consumer of media, I get vast swathes of my information online now. Sure, I pick up a copy of Metro to read on my commute to work and pick up a copy of the Evening Standard for the ride home, and both newspapers are important in the media landscape, but it'd be daft to get all my information from just those two sources. I am not Sarah Palin. I can actually name multiple newspapers.

The Metro and the Evening Standard rely on advertising sales rather than copy sales and that presents its own editorial challenges for the editorial teams.

And I have fallen out of the habit of buying newspapers, as I suspect many of us have. I fondly remember a time, more than a decade ago, when I shared a house with my best friend in Sydney. Every Sunday, we'd buy both Sunday papers, divvy them up into the sections and line them up on the living room floor. I liked to start with the hard news, business and sport and then read the lighter sections, and my friend preferred to start with the lighter stuff and finish with the news. It was a magnificent system whereby we'd wile away the afternoon, each of us starting at one end of the line of sections, passing each other somewhere in the middle, and finishing at the other end.

The last time I bought a newspaper, it was the i, the Independent's condensed baby brother newspaper. I had an hour to kill between appointments at my local hospital and I fancied reading something that wouldn't make me want to punch a wall and would fit nicely in my handbag, because I was getting the bus home. That was almost two months ago. The paper cost me all of 20p. Twenty of my British pence has been my sole contribution to this country's newspaper industry this year.

And in the end, it is all about economics.

When print sales started to decline and newspapers wised up to the fact that they needed to go online, the conundrum of how to make money out of the internet affected every outlet. Some newspapers are trying paywalls for all their online content, some are offering a limited number of free articles before you have to put your hand in your pocket, and some are hoping that advertising revenue will be enough to fund the operation while keeping the web content free to access.

It is particularly pathetic when someone uses the comments section of an online article to complain about the advertising. It takes all my self-control not to reply to their comment by saying: "THE ADVERTISEMENTS ARE THERE SO YOU DON'T HAVE TO PAY FOR ONLINE CONTENT AND SO THAT THE JOURNALISTS WHO WRITE THE ARTICLES ACTUALLY GET PAID, YOU INTELLECTUALLY MILD COCKWOMBLE!".

I have no time for fools who refuse to understand that someone has to be paid for writing and researching material for the internet. We journalists generally love our jobs and couldn't imagine doing anything else for a living but, just like everyone else, we have bills to pay. Doing something for the sheer love is only an option for the independently wealthy. And do you want a media where only the fabulously wealthy can afford to work in it?

So, we as media consumers, need to take responsibility. If we want good quality journalism but don't want to pay for it, we have to accept that the media outlets will need to find other ways to pay their staff and keep the office lights on, even if that means you have to sit through a 30-second advertisement or having to close an annoying pop-up. That really is the ultimate first world pain.

If you don't like ads with your news, you'll have to pay for your news.

Few of us are prepared to go back to the pre-internet days. After all, it is now so much easier not only to read an article but to share it as well. A few clicks and you can post a story on your Facebook page, tweet it, or email it to your entire address book. Gone are the days when my mother would cut out a newspaper article and post it to me. These days, she will email me the link. It is so much easier and more efficient to share an article online than it is to call everyone you know and tell them to go out and buy a newspaper and turn to a certain page.

This is how we get our information now. And nobody wants to give that up. But before you get excited about unemployed journalists or whine about advertising or paywalls, at least try to understand the simple economics.

Email ThisBlogThis!Share to TwitterShare to FacebookShare to Pinterest
Labels: internet, media, News of the World, newspapers, the Independent