Time for Oliver Letwin to come out of the shadows 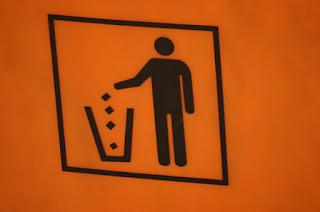 Two days ago, the Mirror newspaper "revealed" that Oliver Letwin wrote the blueprint for the privatisation of the NHS. Except this has been known by plenty of people for quite some time now. The Mirror made no mention of a book on privatising everything that he wrote back in 1988. It was called Privatising The World: A Study of International Privatisation in Theory and Practice and it has had enormous influence on Conservative party policy ever since.

But who the hell is Oliver Letwin and why should anyone care about him and his 28-year-old book?

Oliver Letwin usually only appears in the public eye when he fucks up. He, like many of his colleagues on both sides of the House of Commons, has been caught up like the vile hypocrites many of them are, in expenses scandals. And he is probably best remembered for being the colossal bellend who threw important papers in a London park bin. It turned out they were letters from his constituents. Apparently, in the minds of his apologists, this somehow made it OK, not quite as bad as tossing official business out with the rubbish.

And, pitifully, apart from a few dissenters, his constituents didn't seem to mind their views being treated with such utter contempt by the man they pay to represent them, because he is still, like a smug and brattish barnacle, their MP. He has been the MP for West Dorset for 19 years, a seat which has been held continuously by the Conservative Party since 1885.

Because he is such a gaffe-prone car crash of a man, he is not trotted out during election campaigns, he does not appear much on telly, and the fact he has written a book, even though it has been a blueprint for Tory policy for more than 20 years, is certainly kept quiet on purpose.

And Letwin was back in the news the other week because he did something embarrassing and made a non-apology apology. He revealed his contempt for black people in a memo when he was a policy adviser to Margaret Thatcher in 1985, saying that assistance for black communities would help the "disco and drug trade" and Rastafarian crafts. Frankly, Oliver, you may as well legalise the drugs so people can make money there as well as encouraging disco and Rastafarian craft businesses, if you are truly the free market libertarian you claim to be.

Except that for Letwin and many of his colleagues in this current wretched government, they are only interested in money-making opportunities for themselves and Conservative Party donors. There is certainly an ideological drive towards this government's drive towards privatising everything but we are also being governed by a party whose MPs are up to their eyeballs in vested interests and serve the needs of their party donors rather than their constituents.

Letwin's 1988 book, Privatising The World: A Study of International Privatisation in Theory and Practice has an interesting title, to be sure. "Theory" rather than "practice" is the operative word for Letwin when it comes to his career. From childhood until he was 26, he was at Eton and then Cambridge University. Academically, he is clearly no fool. Morally, he is a vacuum.

After Cambridge, despite zero experience in the real world, he joined Margaret Thatcher's policy unit. He has also been a bank director, written a few other things, and from 1997 onwards, he has been a constantly promoted MP, albeit one who is not given much media prominence by the party. This is clearly deliberate.

In particular, Letwin has advocated for the privatisation of the NHS. But this is not happening in any blatantly obvious way. It's not even happening in a vaguely competent way. If that were the case, we'd be on a clear path towards the mixed public-private system of Australia - it's not a perfect system, it is currently being messed around with by the current Australian government, but it does not generally leave people in terrible debt, as happens in the US.

It is happening in a way that is far more insidious than that and the incompetence is deliberate. The Health and Social Care Act 2012 paved the way for Clinical Commissioning Groups across the country to make decisions for their local areas. Local people making local decisions sounds great in theory, but in practice, we have CCGs in many parts of the country stacked with members with vested interests in private healthcare and it is not uncommon for them to commission these companies.

Additionally, the administration of the private tenders for the NHS marketplace is one of the biggest cost pressures on the health system. It is difficult to get an exact figure on how much the added bureaucracy costs but estimates vary between £5 billion and £20 billion per year. The other big cost pressure is PFI debt which, unless all the contracts are renegotiated or declared null and void through some excellent lawyering, will probably never be paid off.  In short, PFI (private finance initiative) debts on construction work for hospitals mean British taxpayers are getting such crap deals as one hospital for the price of nine. The billions and billions of pounds that PFI and the marketised NHS cost the system means the "health tourists", women undergoing IVF, and New Year's Eve drunks, and anyone else that the Daily Mail, the Sun, and Daily Express uses as scapegoats, are drops in the financial ocean.

Even when incompetent (but Tory-donating) companies such as G4S get NHS contracts and do things such as kill patients in "never" events, they tend to keep the contracts, even though in the private sector, that kind of thing might well lead to a contract being torn up. Virgin has been running vast chunks of Croydon University Hospital very poorly too, but this has not been the front page news it should be either. A woman died in agony at Croydon after being triaged by a receptionist.

But it doesn't matter to Letwin et al because these fuck-ups, even when a private company is at fault, all serve to whet the public appetite for cuts, closures of essential services and entire hospitals, and selling stuff off, usually to private companies who make vast donations to the Conservative Party.

This government quite literally does not care if people live or die as long as they can continue with their agenda.

And other privatisations are completely cack-handed. Atos has done an abysmal and expensive job of fitness-for-work assessments for the Department of Work and Pensions, for example. All this should be a gift for Labour. But it seems "kinder politics" may be getting in the way. After Letwin's racist gaffe was revealed a few weeks ago, the only real resistance from Labour was to trot out Diane Abbott, MP for Hackney North and Stoke Newington, to make a few comments and that was it.

If Labour is at all serious about winning the middle ground back - and winning the middle ground means winning elections - an attack dog approach to Oliver Letwin is essential. Instead of embarrassing, backfiring stunts like throwing Mao's Little Red Book around the House of Commons, Privatising The World needs to be thrown at the government benches. The major news channels and newspapers should request interviews with Oliver Letwin and tell the readers and viewers if he refuses to be interviewed/is not given permission from Tory spin doctors to be interviewed.

We need to see more of Oliver Letwin's Alfred E. Neumann-like face in the media, as a constant reminder of what this government is really up to.


Photography by Peter Griffin
Posted by Georgia Lewis at 08:34