The war on Christmas: Largely a load of balls 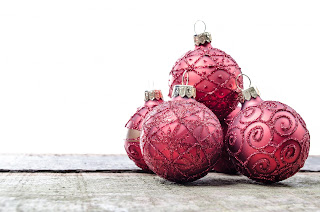 Come on, people. Are we really still doing this? Despite Christmas being in everyone's faces everywhere from Detroit to Dubai*, from Canberra to Cape Town, from Toronto to Timbuktu, people still insist on whining about the alleged war on Christmas.

Stop it. Please. Give it a rest. You are being ridiculous and childish. You are embarrassing yourself. If someone wishes you "Happy holidays!" instead of "Merry Christmas!", you are not being oppressed. If any location that is not actually a church does not want to display a nativity scene or hold a carol-singing event, you are still not being oppressed. Christmas has not been cancelled.

Unhappy about the commercialisation of Christmas? Er, don't buy any presents then. It's not compulsory. Upset about the festival of gluttony that is Christmas dinner in your country? Go spend the day volunteering at a soup kitchen. Nobody is forcing you to spend piles of money on presents or food.

If you are a Christian living in Daesh-occupied territory, in Saudi Arabia or North Korea, then yes, you are being oppressed if you want to celebrate Christmas. But these aren't the people who generally whine about the war on Christmas, probably because they are busy trying to survive if they live under the rule of the Daesh losers, King Salman or Kim Jong-un. They are three regimes where being a Christian can cost you your life. I am yet to come across a "war on Christmas" whiner who is in genuine mortal danger for being a Christian or observing any of the traditions of the festive season.

If you can decorate your house in lights galore, put up a Christmas tree, display a nativity scene, nobody has attacked you for saying "Merry Christmas", and you can freely attend Christmas church services and sing carols, you are not a victim in a war on Christmas. You are not a victim at all. Why don't you speak up on behalf of the real victims - the Christians who are not safe in brutal regimes - instead of carrying on like a spoilt brat who didn't get the right bike from Santa?

To compare a cheerful "Happy holidays!" greeting and to bang on about "political correctness gone mad!" is to be revoltingly insulting to those who are in real danger, who do not have freedom of religion, who have to hide their faith for fear of arrest or worse.

Enough of the hollow whining about a war on Christmas. It's as tinny as cheap tinsel.

* I know Dubai is in the UAE, which is a Muslim country. Christmas is indeed a big deal in Dubai. I used to live there, I have never seen so many big Christmas trees in my life and there are plenty of churches for those who choose to observe the season.

Photography by George Hodan
Posted by Georgia Lewis at 10:52