London and San Bernadino: A tale of two medias 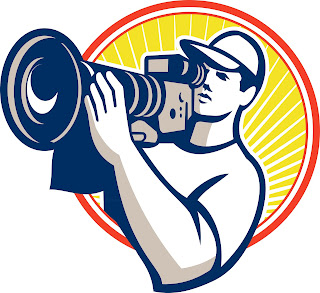 In San Bernadino this week, two shooters, a married couple with a six-month-old child, Syed Rizwan Farook and Tashfeen Malik, murdered 14 people at a party at an environmental health department building. Farook was an employee of department so the disgruntled employee motive was considered. But US officials told the media that Tashfeen Malik posted a pledge of allegiance to Daesh on her Facebook page so the terrorism motive took centre stage, in both the investigation and in the reporting of the awful story.

It has not been shown yet that Malik or Farook had any direct contact with the sad morons of Daesh, but it was inevitable that Daesh would take credit for the attack. Of course, the media does a lot of Daesh's recruiting work for them by constantly giving their mindless bullshit airplay. The wretched cretins didn't need to seek out a quiet couple in California to claim they were the puppet masters.

And then members of the US media in San Bernadino exhibited astounding behaviour after Farook and Malik had been shot dead by US authorities. Cable news journalists overran the couple's house, where they lived with their child and Farook's mother. MSNBC, BBC, CBS News and CNN all broadcast live scenes of this media feeding frenzy. MSNBC shamefully broadcast footage of items that could identify Farook's mother, who is not a suspect, as well as photographs of children. That is a monstrous breach of privacy as well as being completely unethical and irresponsible.

Weapons and components which could be used to make explosives had already been removed from the house by the authorities, and reporters were not allowed into the garage where these items were found, so the footage that was broadcast was simply that of a mundane house with some religious paraphernalia. But even this was presented in a prism of breathless sensationalism, with reporters even checking the calendar to see if anything had been noted down for 2 December. The couple who committed this vile crime were clearly disturbed and their combined worldview hideously warped, but they were not stupid enough to write "Massacre a bunch of people!" as if it was an errand on par with "Pay the electricity bill."

While it did seem like a quick process between the massacre taking place on 2 December and the media being allowed in once the house had been returned to the landlord on 4 December, the FBI confirmed that the property had indeed been released.

But that doesn't make the behaviour of reporters, or indeed the landlord who let them in with their cameras, any less appalling.
Why weren't the producers pausing even for a moment to ask what such footage adds to the story instead of letting it go to air live? This is the question that needs to be asked regardless of whether a journalist is reporting on mass murder, Motocross or a mouse plague.

We are living in a culture where the priority of news outlets is to be first, even if being first is at the expense of accuracy, relevance or privacy concerns.

Compare this to the more restrained reporting by the British media on the Leytonstone tube station stabbing, which happened last night. Again, those dickheads representing Daesh will rush to take credit for the acts of a dismal would-be murderer because the attacker reportedly shouted "This is for Syria" as he stabbed his victim, a 56-year-old man. The victim survived, albeit with serious knife wounds, and another two people received minor injuries.

The suspect was Tasered and is in police custody. Personally, I think this is the best possible outcome of such an attack because it means the suspect can be properly questioned and more intelligence may be gleaned. That said, it is easier to subdue a knife-wielding suspect than one firing a gun at people.

It is heartening to see the British media reporting on the story responsibly, especially when compared to the mania that overtook reporters in San Bernadino this week. Even the Daily Mail, an outlet that has sensationalised similar stories in the past, is focused on the facts and on the stories of the ordinary people who behaved in an extraordinary manner in helping prevent more people from being injured.

It has been reported that police have been to the suspect's home as part of the ongoing investigation but we are not likely to witness a media scrum camped outside this residence. Sky News has even stopped short of sending Kay Burley, their resident ghoul, to stake it out.

Terrible floods in the north-west of England have, quite rightly, shunted the Leytonstone attack from the top of today's news agenda in Britain. Good. This event represents a greater threat to more people than the deluded rantings of an attention-seeking twat at a tube station.