Clean for the Queen: A load of rubbish 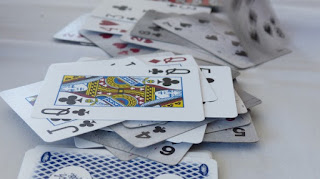 If anyone spots me putting rubbish in a bin, ensuring my rubbish and recycling are separated, or not throwing crisp packets and banana skins out of car windows, I would like to make it perfectly clear that I am not doing it for Queen Elizabeth II.

I do it because I really hate littering and I believe in taking responsibility for my small role in keeping Britain tidy. As far as I can remember, I've only littered twice in the almost-40 years I've been alive. A plastic wine glass blew out of my hand when I was on a boat off the coast of Cyprus in 2014. I still feel awful about that. And one night in 2006, I was walking home from a film screening in Dubai while eating Burger King. A man attacked me, tearing my tights and putting his hand down the neckline of my dress, leaving scratches on my decolletage. I got away by elbowing him in the chest, throwing my burger at him, ducking under his arm and running away, leaving a trail of meat, bun, lettuce, tomato, onion and sauce in my wake. I don't feel quite so bad about that one.

The reason why I am making this bizarre statement about not being motivated by the Queen in my quest for cleanliness is the pathetic, embarrassing, forelock-tugging load of toss that is Clean for the Queen.

According to the absurd Clean for the Queen website, the campaign aims to "clear up Britain" in time for June 2016, when apparently it is compulsory to celebrate Liz's 90th birthday or else risk being sent to the tower for high treason.

The website is urging schools, local councils, community groups, businesses and individuals to "do their bit" and clean up the country. Without a trace of irony, the website asks us: "What better way could we show our gratitude to Her Majesty than to clean up our country?".

Oh, I dunno. How about we let her retire, declare a British republic, have an elected upper chamber instead of the bloated farce that is the House of Lords, and grow the hell up?

Or how about instead of just keeping Britain tidy for a few days in June, why don't we ensure that local councils are properly resourced and people are educated so that we can keep Britain tidy at all times?

And while we're on the subject of keeping the place spick and span, perhaps the Queen herself can show a bit of damn gratitude herself and pay her cleaning staff a living wage? The arse-kissing sycophants will say it's an honour to clean Buckingham Palace and Windsor Castle, and it's great experience (always the excuse of apologists for poverty line wages or, worse, working for free). But if you clean places such as Buckingham Palace and Windsor Castle, not only are you expected to do more than a cursory turn with a feather duster, you will also need to live in commuting distance of your place of employment - and neither place is renowned for cheap rental properties.

Another look at the laughable website reveals the weird claim that when the Queen came to the throne in 1952, "litter was not the problem that it is today" and goes on to blame "food packaging, plastic bottles, takeaway meals and cigarette butts".

Did people really only start dropping fag ends after 1952? Before plastic bottles, did everyone in Britain really dispose of all their rubbish responsibly? And even if 1950s Britain was a litter-free utopia, it was also a time of coal fires and cars powered by leaded petrol. Fifty-five new coal-fired or oil-fired power stations were opened after Elizabeth II ascended to the throne.

But the mentality behind Clean for the Queen is about rose-tinted nostalgia, of harking back to the so-called good old days, even if there were plenty of things about the good old days that were actually pretty crap, and even if things that have improved since 1952, such as literacy levels, life expectancy and child mortality rates, have precisely nothing to do with the existence of the Queen.

Instead, we have a Clean for the Queen campaign that unsurprisingly, is robustly supported by the government. The Environment Minister, Rory Stewart, is admittedly one of the more sensible people on the government's side of the House of Commons but he still said, in support of Clean for the Queen: "Her Majesty The Queen is an inspiration to all of us. Her 90th birthday is a unique opportunity for people to come together in celebration of Her Majesty's long service and dedication to this country."

Yes! What an opportunity! To pick up litter that litterers should have put in the bin in the first place! To do for free what people should be employed to do! It's scarily similar to businesses such as Tesco taking advantage of work-for-unemployment benefits as a source of free labour instead of being the job creators they profess to be! Well, fancy that!

As a bonus, Clean for the Queen is supported by the Countryside Alliance, those champions of hunting foxes in the most cruel way possible. Let's forget that these people think setting dogs onto foxes is an actual sport and instead congratulate them on picking up some litter.

No. Just no. Clean for the Queen? I'll settle for my local council collecting my rubbish, food waste and recycling every week regardless of who's on the throne.