The tragic hopelessness of Yemen 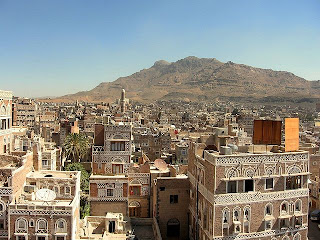 There is no excuse for what happened to Rawan that awful day. None at all. She was eight years old. Her parents married her off to a 40-year-old man in Meedi, her Yemeni hometown.

He raped her. That is the only word for such an act.

To call the night she was raped her "wedding night" is completely inappropriate. A wedding night is a time for joy, happiness, fun, for two people who consented to be together to enjoy each other and to make a positive start to their married life. This was a night devoid of any of that love or joy.

The internal injuries she suffered as a result of this rape killed her. He raped and murdered her. And her parents are culpable too. All three of them, and anyone else who facilitated the marriage, be it a celebrant, wedding dress seller or caterer, all have blood on their hands.

To call Rawan a "bride" is to reinforce the notion of a bride as a piece of property whose feelings, opinions, hopes and aspirations simply do not matter.

The death of Rawan cannot be explained away by "cultural differences". The rape and murder of a child is not acceptable. Not in any country or culture or religion.

It is easy to blame all of Islam for the death of Rawan. But the story broke because of brave villagers in the town of Meedi. Local tribal chiefs tried to cover the story up and a journalist was warned off but outraged villagers spoke out and the journalist prevailed.

Kuwaiti bloggers also helped get Rawan's story wider exposure, especially in the western media. This also took considerable courage. Kuwait, despite having perhaps the most progressive media laws among the Arabian Gulf states, is still not exactly a bastion of press freedom. It is certainly easier for Kuwaiti activists and journalists to speak out against other countries than it is for them to criticise their own leaders. And Kuwaiti newspaper Al Watan deserves kudos for reporting the story - sadly, the story was conspicuous by its absence from The National and Gulf News in the UAE, and the Saudi Gazette in Saudi Arabia.

But on top of the warped interpretation of Islam that made even one person think it was OK for Rawan to be married off to a 40-year-old man, the horrific situation has arisen, as ever, from bigger problems. The UN released a report in January which chronicles the shocking extent of Yemen's poverty, healthcare and education issues.

1. Of Yemen's 24 million people, 10.5 million lack sufficient food supplies and 13 million have no access to safe water and basic sanitation.

3. According to Human Rights Watch, many Yemeni girls are kept from school when they reach puberty.

4. Yemen is ranked a lowly 154 on the UN Human Development Index.

5. Yemenis spend an average of 2.5 years at school.

Yemen is broken. Its education system is verging on non-existent for many, especially girls. The country's healthcare is beyond appalling and Yemen is not blessed with the oil and natural gas that has boosted the economies of many of its neighbours. Education is an essential element of any country's fight to overcome poverty - there are plenty of other Muslim countries where education rates, especially among women, are high and these countries are prospering, so it is simplistic to simply blanket-blame religion.

Poor education levels beget poverty and poverty begets oppression and desperation. Rawan's parents would have saved a lot of money by marrying her off at such a young age, avoiding the costs of feeding, clothing and educating her, and gained a windfall in the form of a dowry. But this does not excuse the fact they failed horrifically to protect their child.

Campaigners in Yemen have been pushing for a law that makes 15 to be the minimum age for marriage. The current law allows for girls of any age to be married but bans sex with them until they are "suitable for sexual intercourse" - but this isn't clearly defined. In that context, a minimum age of 15 seems positively progressive.

But it's not enough. As long as Yemen is a poor nation, as long as it struggles to achieve even a basic modicum of democracy, as long as the country's problems are dismissed as being "because of Islam" or are ignored by feminists who think it is more important to complain about wolf-whistling or lads' mags, as long as foreign aid is both distributed corruptly and condemned as a waste of money, as long as we all throw our hands in the air at every level, from the personal to the governmental, and believe nothing can ever done, Rawan's story will just be one of many.

* For advice on what you can do at personal level, check the Plan UK website.