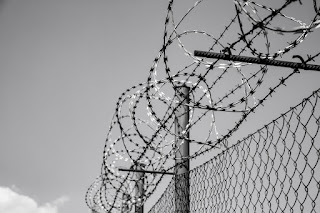 This month, another depressingly vile story about Jon Venables, one of the killers of James Bulger, broke, along with news that the equally vile Michael Adebowale, one of the killers of Fusilier Lee Rigby, will be moved from a high-security prison to the apparently "luxurious" Broadmoor. Then, a few weeks ago, there was a minor outcry because Tristen Asllani, an Albanian man locked up in the UK on a 25-year sentence for drugs and weapons offences, boasted online about how much fun he was having in the amusement parlour that is Wandsworth prison.

Yet it is absolutely worth having an intelligent conversation about prison reform because the current system is not working and passing blanket laws on the basis of extreme examples is never a good idea.

When I studied legal studies for my Higher School Certificate, the equivalent in my Australian home state of New South Wales to the A-Levels, we were taught that criminal punishment has four aims: retribution, protection of society, deterrence and rehabilitation. With prisons overcrowded to the point of being dangerous for staff and inmates, the only aim that is even close to being met is retribution, a satisfaction of our base need to punish the bastards, even if the punishment is ultimately ineffective or expensive or both.

Sure, society is protected from genuinely dangerous people, such as Venables, Adebowale and Asllani by locking them up - but what about the prisoners who have served their time and come out of the prison system learning little more than how to be a better criminal? How is that outcome improving either the life of the ex-prisoner or society as a whole?

One of the big reasons for overcrowded prisons is the over-reliance on custodial sentences for non-violent offences - MoJ figures reveal that 71% of prisoners in the UK are locked up for non-violent offences, and the use of the more effective community sentences has almost halved since 2006. Short prison sentences, instead of community sentences, are especially useless as a deterrent - according to the MoJ, almost 8,000 people serving a sentence of less than 12 months were recalled back to custody in the year to December 2016.

Whenever I think of the sheer futility and awfulness of custodial sentences for non-violent crimes, I am reminded of the dreadful case in Australia of Jamie Partlic. In 1987, the 19-year-old went to the notorious Long Bay jail, a prison that is home to some of New South Wales' most horrific and violent criminals. Partlic's crime was unpaid parking fines. After just four days in prison, he was beaten up so badly, he spent the next six months in a coma, sustaining permanent brain damage.

Perhaps we need to look to the example of the Netherlands where 19 prisons closed in 2013 because there weren't enough inmates to fill them. Instead of rushing to lock people up, particularly non-violent offenders, the Netherlands takes a far more level-headed approach. The ankle-monitoring system is heavily used to reduce reoffending rates with a 2008 study finding this cut recidivism by up to half compared to custodial sentences. It means that convicted criminals are still able to go to work and be productive members of society while still being monitored by the justice system.

Of course, whenever anyone dares raise their head over the parapet to call for improved, more humane prison conditions, there is the inevitable, moronic cry from the peanut gallery that "prison isn't meant to be a holiday camp". Everyone could debate for all time about the merits of allowing prisoners access to such things as TV sets in cells, internet access and recreational facilities, whether these should be for all inmates or whether they are only appropriate as a privilege for good behaviour, or whether they should only be for non-violent offenders in minimum security institutions, or not at all.

But to get bogged down in a mindless shouting match because someone read a fact-lite article  implying that all prisoners lead the life of Riley is to miss the point badly.

Nobody is seriously arguing that a stint in jail should be the equivalent of a holiday at an all-inclusive resort but nobody should seriously argue that it's perfectly fine for jails to be dirty, overcrowded shitholes with bad food. An unhygienic prison full of undernourished, often angry men (for it is men who are way more likely to be incarcerated than women) at risk of constantly getting physically and mentally ill, living cheek-by-jowl in conditions that are conducive to lost tempers bubbling over into full-blown riots, has no place in any country that purports to be civilised.

Oscar Wilde's account of prison life, The Ballad of Reading Gaol, should not be treated as a manifesto.

The deprivation of freedom is a major reason why prison is not a barrel of laughs, but this deprivation of freedom should not take place in an unhealthy environment where diseases spread easily. The risk of violence should be minimised wherever possible. Even if you genuinely don't give a damn about the wellbeing of any of the prisoners, think for a moment about the men and women who work in our prisons. They are as entitled to a safe working environment as anyone else.

And this brings me to rehabilitation - overcrowded prisons full of people susceptible to illness and on constant alert in case violence breaks out are useless for rehabilitation. The desire for retribution, for waving of metaphorical pitchforks, as if we are still living in an era of public executions, seems to far outweigh the importance of rehabilitation in conversations on prison conditions.

But to talk of the value of rehabilitation is not to be a soft touch or a liberal snowflake. It is to talk about ensuring that for the majority of prisoners, their time in prison is not a waste of life, a punitive means of passing time until the sentence is over and they are unleashed on the community again. Prisons should absolutely be used to equip inmates with skills for employability. Illiterate prisoners should absolutely have the opportunity to learn to read and write. Mental health issues should be as much of a priority for prison medical facilities as the patching up of shank wounds.

Rehabilitation - and a reduced reliance on jail sentences - is about getting serious about reducing reoffending rates, about ensuring that those who have served their time can be productive members of society when they are come out of prison, about making society better for everyone.

Yes, there will always be a minority of horrific criminals, such as Ian Brady, Myra Hindley, Fred and Rose West, Jon Venables and Michael Adebowale, where rehabilitation seems unlikely. But that does not mean that as a society we should simply give up all hope when it comes to the people who have ended up as convicted criminals for all manner of reasons. A focus on rehabilitation and not on simply locking people away at an ever-increasing rate have been shown to reduce crime rates and recidivism. If you have ever whined about your taxes being spent on prisons, if you have any desire for a safer society, you should support this.


Photography by George Hodan
Posted by Georgia Lewis at 09:09