It's about time Britain grew up... 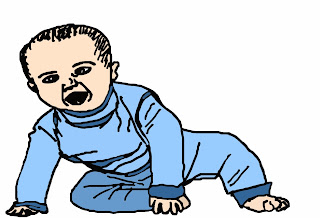 It has been one of those weeks where I just want to yell: "GROW UP! GROW UP, THE LOT OF YOU!" at the internet. Seriously, too many people have been really pathetic.

In particular, those outraged at Jeremy Corbyn not singing the national anthem at the Battle of Britain commemoration need to pipe down and let the grown-ups talk at the big table. If you want to live in a place that forces people to sing national anthems, I hear North Korea is lovely at this time of year.

But, honestly, the outcry over Corbyn and "God Save The Queen", a ludicrous anthem if ever there was one, was manufactured by the media, with the notable exception of the Guardian choosing not to plaster the fauxrage on its front page today.

If the editors were genuinely offended by Corbyn's respectful silence and wanted to show they are all about honouring those who have died in war, why weren't the front pages focused on the actual service of remembrance at St Paul's cathedral? It wouldn't have caused the easily offended little petals on Twitter to lose their shit, it wouldn't have been great clickbait, but it would have been the mature way to cover that story.

Another mature story to put on today's front pages would have been a report about how £4.4 billion worth of cuts to tax credits will affect people who are in work, but that wouldn't play into the whole "all people on benefits are feckless, lazy scroungers who spend all day watching Sky TV in tracksuits while texting their drug dealer on their iPhone" narrative.

And then it was Prime Minister's Question Time, Corbyn's first as leader of the opposition. Has anyone noticed that all of a sudden, journalists are referring to "Her Majesty's Opposition" when they have never done so before? It is accurate, but it is naive to think this is not being done on purpose. Again, grow up and quit editorialising when you are meant to be doing balanced, fair journalism.

Corbyn set the tone with an appeal for a less theatrical PMQs. He asked questions that real voters want asked in parliament. This is what parliament is for - it is meant to represent the people. This is Democracy 101. It would have been good to see Corbyn add more facts and stats to the questions and the responses, but the idea is sound and it will be interesting to see how this continues to play out in the coming weeks and months.

And it's not as if David Cameron's fans can complain about Corbyn's calm, measured approach. The law of unintended consequences means that Cameron comes across better in a less melodramatic forum. His answers were no more substantial than they were in the last parliament. He trotted out the tired £8-billion-for-the-NHS line out once more, without any detail or context again, for example, but he did not come across as a braying schoolboy.

Even when another Tory MP added a jibe about the national anthem to the end of his question, Cameron was classy enough to not take the bait in his response.

It was a far cry from the ding-dong battles of the last parliament but then things got a bit silly again. Andrew Turner, the Conservative MP for the Isle of Wight, popped up from the government back bench to ask a question about the isle's struggle to import a tiger for its zoo. Apparently, the hapless kitty has been kept in isolation in Belgium for two years because of red tape about a rabies certificate. Leaving aside the ethics of keeping a tiger in a zoo on a tiny island rather than letting her live in the wild, this was the moment that PMQs jumped the shark. The whole scenario smacked of a set-up, of a way to draw attention away from questions on issues such as housing and mental health.

Afterwards, there was a pleasing tweet from Labour MP, Chuka Umunna. He may have thrown his toys out of the pram by refusing to be part of Corbyn's shadow cabinet but he was very gracious when he tweeted: "#PMQs is a circus. I've long argued to abolish it and put a better alternative in its place, but it was rather refreshing today - good."

And some people lamented the lack of theatrics. They too can grow the hell up. I am really sorry if a civilised exchange of views is boring for you. I am really sorry that you have the attention span of a kitten and can only concentrate on politics when members on both sides of the house are carrying on like a Grange Hill brawl. And I am really sorry if you truly think that sort of mindless, unproductive crap is the way forward for British political debate.