It's open season on parents 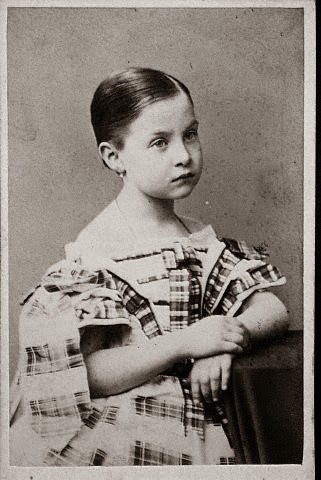 Judging parents, in particular mothers, has become a global sport. And the way we pour scorn on celebrity mothers is merely a pitiful reflection of the way we judge mothers we come across in our own lives.*

Lily Allen caused significant horror when she admitted that she got bored with staying home with her children and that's why she made another album. She didn't say she hates her kids, as far as we know she doesn't starve or beat her kids, and they seem to be perfectly healthy. But she was honest enough to admit that being a mother wasn't 100% fulfilling and, as such, she wanted to do other things with her life.

If a mother goes back to work after having a baby and she is looking forward to it, good for her. While economic necessity is a big reason for many women to return to work after having a baby, for many others, the reasons include spending time with grown-ups, taking on challenges that are not related to being a mother, relieving the cabin fever of staying at home with the kid, and simply reminding herself that she is not solely defined by her offspring. How any of this is anyone else's damn business is a mystery to me.

Meanwhile, the Duchess of Cambridge was criticised for the way she carried her baby off a plane and for taking a kid-free holiday with her husband when the baby was seven months old. It's not as if Prince George would have been left chained to a radiator for a week. Good Lord! Personally, I am no fan of any monarchy but equally I don't think the Duke and Duchess of Cambridge are terrible parents either.

Among the parents I know, there are massive variations in the age of their kids when they decided to take a holiday without them - or even leave them overnight with a babysitter. What works for one family might not work for another. Again, how any of this is anyone else's damn business is a mystery to me.

Then ex-Neighbours star Jane Hall felt the need to tell her listeners on Sydney radio that model Miranda Kerr "repulsed" her for having the temerity to talk about sex in an interview with GQ magazine. According to Hall, Kerr talking about sex was repulsive because she is "a young girl" (er, she's 30...) and "someone's mother" (which one can only assume happened because of sex). Clearly, Kerr never got the memo about how women must shut off their sexuality like a light switch the instant they give birth.

Given that I have friends with more than one child, I am pretty sure that despite the inevitable tiredness and time pressures of parenthood, it is not the death knell for sex either. And while I don't monitor my friends' bedroom activities, I can confirm that parents do still talk about sex, often in explicit detail.

Neither Allen, the Duchess or Kerr are bad parents. Obviously, having wealth and privilege helps make their lives easier, despite Gwyneth Paltrow's moronic comments about how simple life is for mothers who work in offices rather than on film sets. But I wouldn't even describe her as a bad mother, just a daft one with no idea what it's like outside her organic lentil bubble. And there is no law against daftness.

But the culture of judging parents has created a maelstrom of loud voices calling for such things as making drinking alcohol in pregnancy a criminal offence (absurd when there is no medical consensus on alcohol consumption in pregnancy), banning smoking in cars with children (which is surely commonsense - not even the most committed smoker I know would smoke in a car with kids and, as a bonus, it's hard to police) and now the Cinderella Law that will be mentioned in the Queen's speech at the next opening of Parliament.This would make emotional cruelty towards children a criminal offence.

We really need a lot more detail on definitions for the Cinderella Law before we can form a clear view. While there are certainly horrific cases of children being damaged by neglectful parents, the law's main cheerleader, Robert Buckland, a Conservative MP, made this sweeping statement about it on BBC Radio 5 Live: "You can look at a range of behaviours from ignoring a child's presence, failing to stimulate a child, right through to acts of in fact terrorising a child where the child is frightened to disclose what is happening to them."

It's not hard to see how such a law could be open to abuse and time-wasting false reports. Is the mother who needs to take a moment in the garden to compose herself because her kids are behaving horribly an emotional abuser? What about when a parent is tired and plonks a child in front of the TV for a couple of hours just to get some peace and quiet or the washing done? How about when a child is older and savvier - but still legally a child - and tries to criminalise his or her own parents in a fit of teenage vengeance? If you think an adolescent would never do that to a parent, you haven't met many adolescents. After all, we are living in an era where childhood is longer than ever.

Will there be some sort of state-sanctioned quota on hugs and kisses that will mean a child is being loved enough? What if there are too many hugs and kisses and the pendulum swings from neglect to sexual abuse?

As things currently stand, too many kids do slip through the net and end up abused and, equally, there are ridiculous cases of false accusations given a life of their own by over-zealous social workers. A commonsense-driven balance between parental responsibility and state intervention when required needs to be struck.

Whether more laws are required or just better application of existing laws, I am not sure. But I am sure we are living in an era of extreme judgement of parents. Eleanor Roosevelt nailed it when she said: "Great minds discuss ideas, average minds discuss events, small minds discuss people." Perhaps we could all benefit from less talk about the scandalous mother who got bored by her kids/took a holiday/talked about sex. We could do with more talk about how we can create a society where we deal effectively with genuine abusers while accepting that parenting is not a one-size-fits-all occupation where there is only one way to do it right.

* Disclaimer: It is perfectly acceptable to judge parents who don't vaccinate their kids. They do not understand science or herd immunity and their actions harm others.