What next after the Johnson triumph? 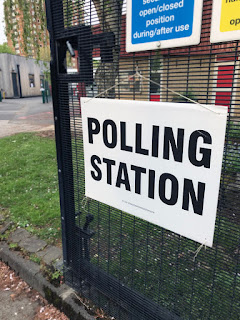 "Get Brexit done!" That's what cut through at this election as swathes of once-safe Labour seats fell to the Conservative Party, particularly in the north of England. Just as "Take back control!" was an appealing, simple message during the EU referendum campaign, after three years of abject incompetence in trying to leave the EU, "Get Brexit done!" sounded very appealing.

It doesn't matter now that plenty of useless architects of the Brexit negotiation shitshow have kept their seats in parliament, or that if the spectacularly self-serving Boris Johnson and others had voted for Theresa May's still-terrible-but-better-than-Johnson's-deal, we'd be out of the EU by now. That's all completely irrelevant.

It doesn't even matter that "Get Brexit done!" - as if it's going to be quick, easy and painless, and then we can just get on with other things - is a massive, simplistic lie. It worked. It resonated with people. Labour wasn't able to compete on that playing field, even if it would actually make sense for Corbyn to stay neutral during a second referendum campaign and then implement the result untainted by how he campaigned - that was a major stumbling block for Theresa May. Corbyn's Brexit stance became irrelevant. And, ironically, he has always been a Brexiter.

Jeremy Corbyn has to resign. He should have resigned in his concession speech, clinging to a few shreds of dignity. Labour has lost two elections on his watch.

It doesn't matter what he promised in his manifesto. Out on the doorsteps, especially in the north of England, the Midlands and South Wales, he is not appealing to voters. It doesn't matter how deeply you analyse his manifesto. Out on the doorsteps, the feedback is that he's too far to the left, he's an overgrown student protester, he comes across as being happiest when he's churning out pamphlets on a creaking old Gestetner in an Islington basement rather than leading a country.

Boris Johnson, meanwhile, was able to get away with puking out endless, easily disproved lies, promises that will be impossible to keep even with a healthy majority, hiding in a fridge, pocketing a reporter's phone, refusing to be interviewed by Andrew Neil and running away from small groups of protesters for bullshit security reasons, mostly because people cut him some slack. He's a truly terrible human being, a self-serving, over-promoted charlatan and a pathological liar, but people still fall for the contrived lovable rascal act.

And let's not forget anti-semitism in Labour. It is there and it is real. It is still not being properly addressed and this was not lost on large numbers of Jewish voters, as well as non-Jewish voters who are not prepared to throw their Jewish friends under a bus. There is plenty of racism and bigotry among Conservative Party ranks and it would be naive to deny that, but it's never a good look for anyone to resort to whataboutery when their own issues with racism are called out. It's not good enough to dismiss charges of anti-semitism with a wave of the hand and a sniff or to minimise anti-semitism as somehow being a lesser form of racism. Labour needs to deal with this issue properly as part of its process of renewal.

If Labour can't work out what has gone wrong from the top down over the last few years, it will not be an effective opposition in the days, months and years to come. It will not be in a position to hold a Boris Johnson government to account. A strong, credible opposition is essential for a functioning democracy in a civilised society. We do not have this right now, and at this moment, we need this more than ever.

Photography by DPP Business & Tax/Flickr
Posted by Georgia Lewis at 06:34