The charitable gropers of the Presidents Club 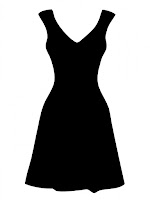 Tiresomely, predictably, there have been tiresome, predictable responses to the FT story in which undercover reporters alleged that women employed as hostesses at the Presidents Club all-male charity fundraiser experienced sexual harassment. This included being groped, invited by guests to join them in hotel bedrooms, guests demanding phone numbers from the hostesses, guests trying to kiss hostesses, hostesses being asked if they were prostitutes, guests putting their hands up the skirts of the hostesses, hostesses being followed into the toilets by representatives of the agency to ensure they didn't take too long in there, a guest asking a hostess to remove her underwear and dance on the table, a guest taking his penis out during the dinner...

Upon arrival, according to the FT report and a subsequent interview with one of the reporters on BBC Newsnight, the women were made to sign non-disclosure agreements without being given time to read them. They weren't allowed to take a copy with them either. The women were given fitted black dresses for the occasion and told to wear matching black underwear. Payment was £150 plus £25 for a taxi home (bad luck if you live in Zone 4 or you're not on a night bus route, sweetheart, you'll probably be at least £25 out of pocket). That equates to a little bit above minimum wage. The hostesses, hired if they met the criteria of "tall, thin and pretty", were encouraged to drink alcohol at the event so any notion of the employer having a duty of care towards the workers went out the window, along with the inhibitions of some of the guests, it would appear.

So, what have the apologists been saying?

"The women knew what they were getting themselves into!"

Sure, some did. According to one of the reporters, some women have worked at this event before, knew the men that attend could be a bit gropey, still thought it was a bit of fun and some claimed they got job offers from it. But plenty of women did not know what the event was going to be like beforehand and, once they were in there, were horrified by what they experienced and saw. Just because some women thought it was a bit of a lark, that does not excuse the behaviour that other women found unacceptable. It's like saying you're OK with the parish priest abusing the altar boys because he left the church secretary alone.

"So, why didn't they just slap the men? Or knee them in the balls?"

Don't get me wrong - any woman who slaps down a sex pest has my full support. Any woman should feel empowered to use whatever physical means she can to fend off everything from an unwanted hand on the knee to rape. But sometimes this is not so easy.

When I was sexually assaulted while walking home in Dubai one night, I was able to fight off my attacker because he was not much taller than me, and he was overweight and not agile. I was "lucky enough" to get away - if coming away from an attempted rape with a bleeding scratch on my chest, torn tights and an overwhelming feeling of nausea is anyone's idea of a lucky day. I am only 5'1" and these days, I have arthritis on top of my two club feet and a knackered lower back. If someone tried to attack me again, I am pretty sure I would try and fight them off but my success would depend on factors such as whether or not I was having an arthritis flare-up and the size and physical strength of an attacker that I hope never comes my way.

The same goes for hostesses at the Presidents Club - if a physically stronger man or a drunken, belligerent man crosses a line, a woman may think twice before using brute force, even if a polite "Do you mind?" or an escalation to "Fuck right off!" doesn't work.

"Boys will be boys! This is what happens when men get together!"

Still not OK. The men at this event are meant to be leaders - politicians, businessmen, captains of industry, men who are employers. We really are setting the bar low if we think it's OK for these men to harass women who are trying to earn a few quid, especially if these blokes are responsible for making policy in regard to workplace rights or they are employers, presumably of women. Why should they not be held to a high standard of behaviour?

These men are powerful. Many of the women working at the event were not - there were students, actresses and models in need of some extra cash because of the sometimes-sporadic nature of their work, they need the money and the fear of that agency not giving them any more work if they complain too loudly about creepy men is real, especially when you have London rent to pay.

"What did they expect when they were given tight dresses to wear?"

To not be sexually harassed. To not be groped. To not have men demand their phone numbers or ask them to accompany them to hotel rooms. To not see some miserable cretin flop his penis out during dinner. To be treated with respect.

Wearing tight dresses does not mean an instant invitation for harassment. This is the same for women who work at, for example, Hooters. Some women who work there might enjoy the job, for some Hooters employees, not so much.

"It's hardly the crime of the century! Lighten up!"

No, I won't lighten up, thanks all the same. I have other plans. As far as we know, nobody was raped that night. As far as we know. But that still doesn't make the accusations at all palatable or such behaviour acceptable. It's the mentality behind the groping that is disturbing. It's all about men feeling entitled to access women's bodies, even when the women are trying to work. And I shouldn't need to spell out the ultimate, awful consequence of a man feeling entitled to access a woman's body.

What about FGM or the Rotherham rape victims, huh?

Here's the thing - women can and are capable of being angry at more than one thing at a time. And all of it has the same mentality of misogyny, of exploiting women's bodies, of controlling women at its root. All of it.

"The big losers here are the charities!"

There has been much debate since the story broke about whether the charities should give the money back, as Great Ormond Street Hospital is doing. It is the morally right thing to do as accepting the money does compromise the reputation of the charity. And if any criminal charges were to emerge from the events of what turned out to be the last-ever Presidents Club dinner, it could be illegal to accept the money.

Or, here's a wacky idea: how about holding charity events where wealthy men can donate without feeling the need to grab women earning about £13 an hour?

If the right to grab a woman's arse at a charity do is the hill on which you choose to die, you shouldn't be in a position of power. And it seems that all the men who were at the dinner are either denying all knowledge of any inappropriate behaviour or claiming they left before anything untoward happened or they really, truly would have left if they had seen any harassment.

Or, here's another wacky idea: how about men speaking up about such behaviour, having the courage to call it out when it is happening before their eyes, not just coming out with mealy mouthed excuses after the event. Would any of these men have said a damn word if the FT story wasn't published? Probably not. And this is why women will keep speaking out. Deal with it.

Image by Karen Arnold
Posted by Georgia Lewis at 12:20