No winners in the tragic case of Charlie Gard 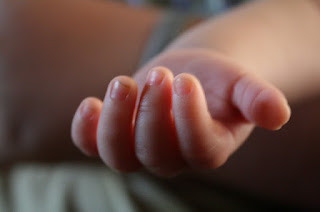 It is impossible not to be moved by the plight of Chris Gard and Connie Yates, parents of Charlie Gard, the 10-month-old baby suffering from infantile onset encephalomyopathy mitochondrial DNA depletion syndrome (MDDS). It is a cruel condition which causes progressive muscle weakness and brain damage. We have no real way of knowing if Charlie can feel anything because he can't see, hear, move, make any noises, breathe without the help of a ventilator or receive food without a tube. He is epileptic and his heart, liver and kidneys are failing.

At present, there is no effective cure for MDDS. However, specialists in the USA offered Charlie's parents hope in the form of an experimental treatment called nucleoside bypass therapy. Chris and Connie launched a fundraising appeal with a target of £1.3 million to cover the costs of treatment, which it passed after 83,000 donations came in.

But British courts and now the European Court of Human Rights (ECHR) have ruled that it is not in Charlie's interests to travel to the US for this treatment. This means that palliative care, including removing life support systems, allowing Charlie to quietly slip away, is the next step.

All courts which have heard the case have examined extensive medical evidence and have all come to the conclusion that nucleoside bypass therapy would have no real prospect of extending or improving Charlie's life. Those who are using this case as a stick with which to beat the EU are being absurd - if the Conservatives make good on their pledge to withdraw from the ECHR as part of the Brexit process, this option is gone forever. Without this court as an option, it is highly likely that Charlie would have passed away already.

Nucleoside bypass therapy has never been tried on anyone with Charlie's gene before. In theory, the treatment could repair Charlie's mtDNA and help it synthesise so he is given the compounds his body is not producing naturally. So far, it has only been used with very limited success on patients, such as Arturito Estopinan, whose condition is not as serious as Charlie's and whose affected gene is not the same as Charlie's.

The treatment is an oral medication which would be taken over a six-month period. A large proportion of the £1.3 million cost would involve the risky and highly specialised procedure to transport a gravely ill baby who cannot breathe on his own from the UK to the US, along with whatever the hospital would charge, and the costs incurred for Chris and Connie to stay in the US for the duration of the treatment. Money is also required to pay fees to the GoFundMe website, which has hosted the appeal - something for anyone considering an online fundraising campaign to take into account.

However, the neurologist who would be overseeing the treatment told the Family Division of the High Court that Charlie is in the "terminal stage" of his illness. He also said that the treatment will not reverse the brain damaged which Charlie has already suffered, and that he had not at first realised the full extent of Charlie's condition. The sad reality is that even if Charlie survived the trans-Atlantic journey, by the doctor's own admission, his life expectancy is heartbreakingly short and the treatment does not represent a cure.

Pope Francis issued a statement from the Vatican's Academy for Life in relation to Charlie's case which outraged many Roman Catholics, although I think he showed a combination of compassion, humanity and realism. The statement acknowledges that there are still limits to modern medicine saying that we do "have to recognise the limitations of what can be done, while always acting humanely in the service of the sick person until the time of natural death occurs". The statement goes on to refer to Encyclical Evangelium Vitae in regard to "avoid[ing] aggressive medical procedures that are disproportionate to any expected results or excessively burdensome to the patient or family".

I do not for a moment think the British or European justice systems are in the business of wanting to exterminate babies. And neither is Great Ormond Street Hospital, the excellent children's hospital which has been treating Charlie. It is one of the world's best paediatric hospitals and every day, it does wonderful work, saving the lives of children, and offering the very best palliative care for those who sadly will not make it to adulthood. Depressingly, people have publicly stated they will no longer make donations to the hospital because of the Charlie Gard case.

The Ashya King case has been cited as an example to follow in the case of Charlie Gard - that was the 2014 case of the parents of Ashya King removing him from a British hospital and taking him to the Czech Republic for proton beam therapy for a brain tumour. But in that case, Ashya, then aged five, was able to travel to Prague without medical assistance and the treatment was effective. The farce of an international manhunt for Ashya's parents was not a high point in crime fighting but as a result of the successful treatment Ashya received, the UK is to get its first proton beam therapy machine at a cost of £17 million. It will be installed at the Rutherford Cancer Centre and is expected to treat 500 people each year.

That is a wonderful legacy and the best possible outcome of the Ashya King case. The legacy of Charlie Gard will most likely be his parents starting a charitable foundation with the £1.3 million in donations - if this means further research for mitochondrial conditions can take place in the UK, who knows what amazing scientific advances might be achieved on British shores?

For now, Charlie's case represents an awful intersection between the right of parents to seek medical treatment for their children and the often devastating realities of what is medically possible. Pope Francis again said it well in his statement when he said that "the wishes of the parents must be heard and respected, but they too must be helped to understand the unique difficulty of their situation and not to be left to face their painful decisions alone."

The case also exposes the astronomical costs of American healthcare for the uninsured, along with the decisions which balance finance with medicine faced on a daily basis by NHS trusts across the UK. Neither health system is perfect and, based on medical evidence, neither system is currently in a position to help Charlie beyond making his last days comfortable, peaceful and dignified.

Here is the link to the Supreme Curt judgement

Here is the link to the Court of Appeal judgement

Here is the link to the High Court judgement

Photography by Lindsey Turner/Flickr
Posted by Georgia Lewis at 12:29